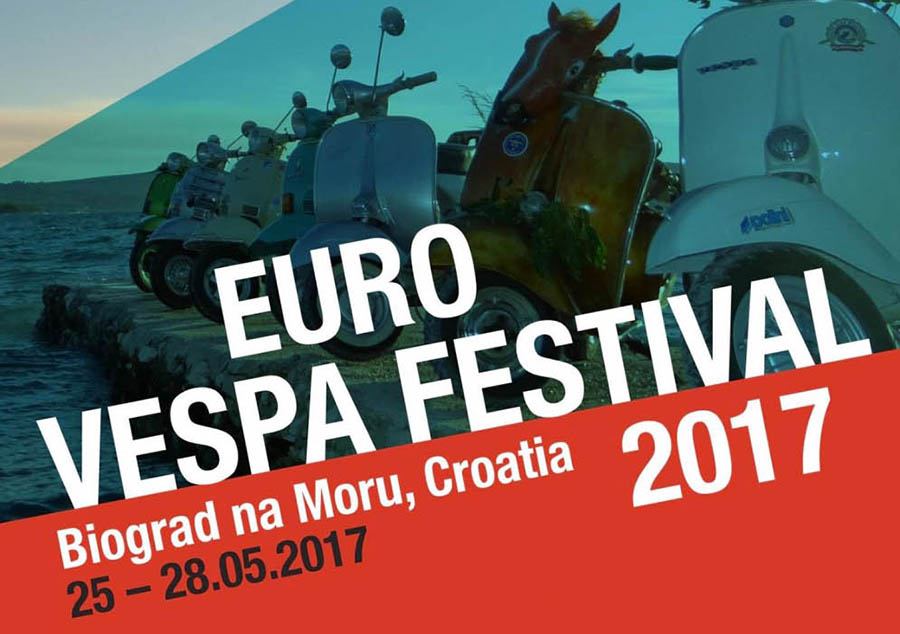 “Euro Vespa festival 2017” organizes their annual meeting in Biograd na Moru. This event is planned to take place every year on the beginning of June.
Following the successful organization of the Vespa days in 2015 and the positive feedback of all Vespa clubs in Europe, Biograd na Moru has the possibility to be the biggest event location of the Vespa lovers in the region.
With support from a wide range of Vespa clubs in Croatia, Austria, Italy, Slovenia, Serbia and Bosnia & Herzegovina we want to organize a high-class event.
We intend to start a big champagne with the support from sponsors of the city and region to attract approximately 1000 Vespa fans all over Europe, and this number could even be higher than expected.

The Euro Vespa meeting will take place from 25.05.2017 to 28.05.2017 and thanks to the experience of the Vespa fans and the organization committee it will be much better organized and more innovative than the ones before.